Welcome to my blog

Last week I went along to the 24th London Art Fair based at the Business Design Centre. Over 100 galleries from around the world took part in this year’s fair and I am pleased to say it was nice to see some refreshing, amazing and interesting work on show. Even more so, for an artist that uses a lot of paper and collage in their practice – I found it quite inspiring the amount of paperworks of all forms that were exhibited. 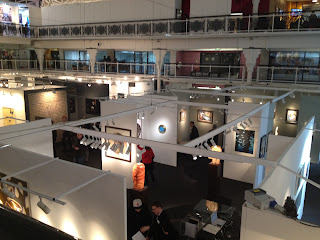 I was invited to visit the fair by Caroline Kha from the dalla Rose Gallery, whose work consisted of some beautiful collage landscapes. Caroline draws inspiration for her collages from her experience of travelling and living far away from her native Australia. She constructs fantasy landscapes and panoramas that seem t o represent a real place, but a close inspection unveils subtle variations that confuse the perceptive eye. 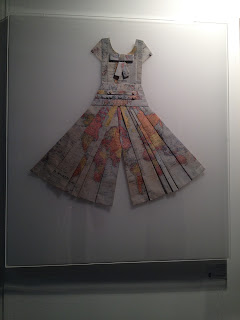 Elizabeth Lecourt Les Robes Géographiques started as a series of studies and sketches in 2002.   As a cartographer depicts maps to understand the world we live in, Lecourt forces the maps to take the shapes of clothing, representing the wearer's habitat and identity, forming an intimate connection with the wearer. 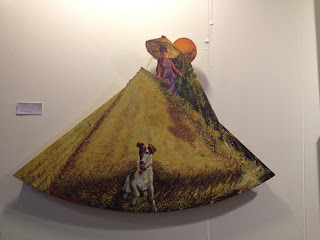 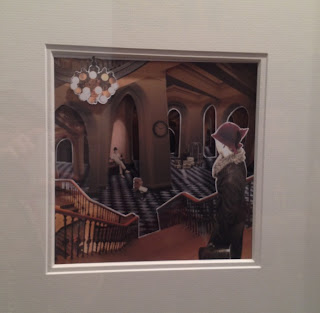 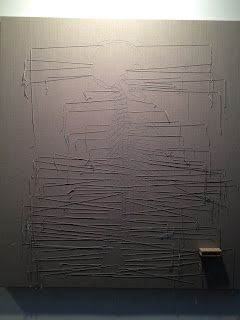 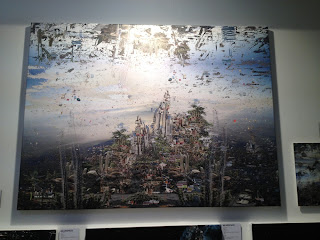 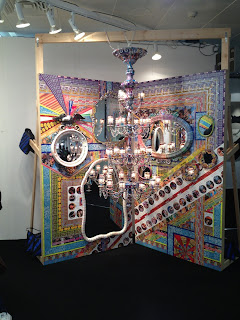 The Cynthia Corbett gallery, "This is it, Sweet Compulsion" 2010-2011, romance novels, lottery tickets on panel, wood and chandelier. 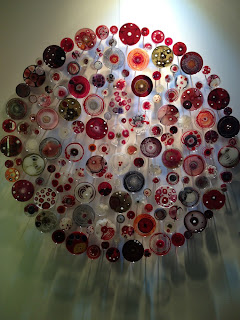 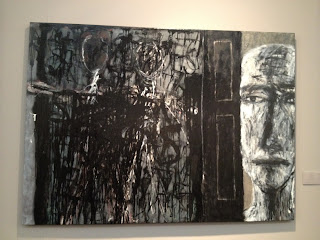 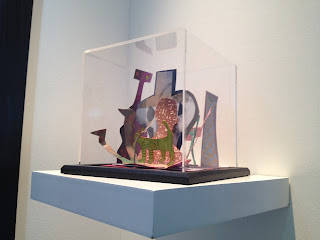 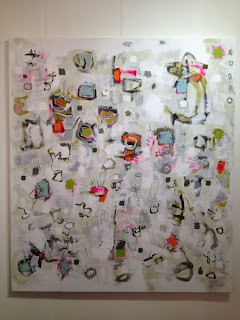 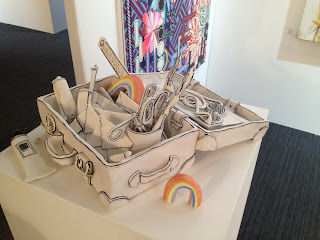 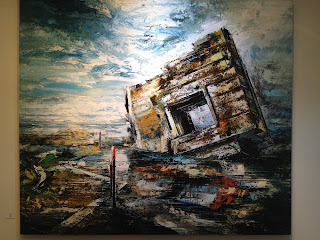 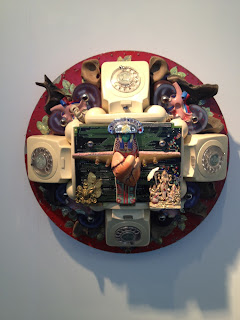 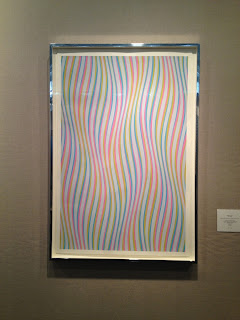 Bridget Riley, "Series 12A, with its grey, in double reverse", 1979. Gouache and graphite on paper 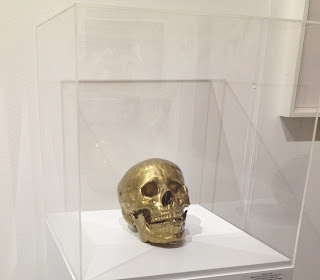 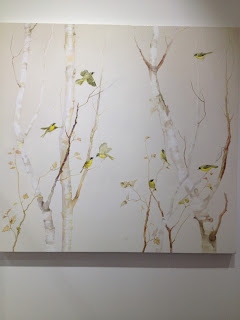 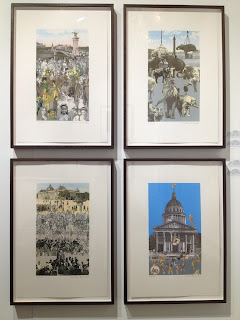 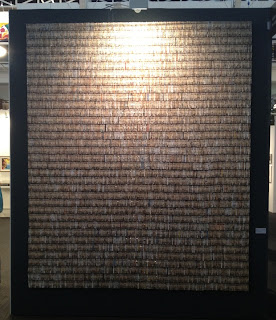 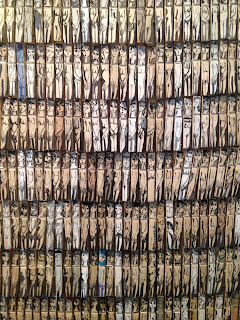 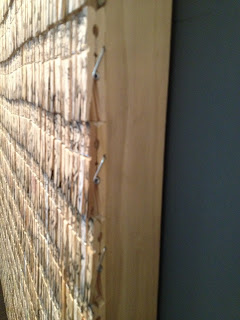 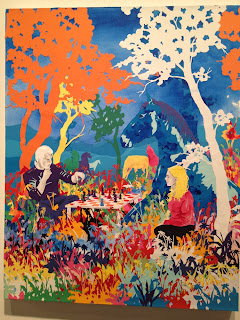 Andrea Mastrovito, "Gullivers Travels No 1", 2011. Collage and aniline, paper on canvas
To find out more about the London Art Fair, participating  galleries and artists have a look on the London Art Fair Website http://www.londonartfair.co.uk/